SUMAC (Aaron Turner on guitar and vocals, Nick Yacyshyn on drums, and Brian Cook on bass) invests in the recursive exercises of chaos and control, which manifest on the band’s second album What One Becomes. The trio’s debut The Deal (2015) revealed a new side of Turner’s combustible songwriting and guitar work, further expanding on his efforts in Isis and Old Man Gloom. On the new album (recorded by the prolific engineer Kurt Ballou of Converge, who has also recorded High on Fire and Torche), the trio has elevated the songs’ complexities with a greater entanglement of velocity, density, form, and function. The results are a testament to the tour-honed collective intuition and technical skills of drummer Yacyshyn (Baptists), bassist Cook (Russian Circles, These Arms Are Snakes, Botch) and Turner. The music of What One Becomes requires that each player be attuned to the dynamics and the tension within the multilateral structures.

On “Clutch Of Oblivion” the riff develops from a languid desert-rock melody and blossoms into a dense aggregate of rhythm, force, and vigor. A muscular hypno-rock aspiration burns out before reaching escape orbit, and the ensuing plummet of solitary guitar notes lead the band into the realm of introspection before another volley of motorik pummel. “Rigid Man” begins as a lurching epithet that finds the trio in a shadow boxing lockstep for the song’s first half of pugilistic rhythm and noise, only to smash itself on the ground amidst a diabolical feedback whorl from Turner’s guitar and to tear free from the rhythmic underbelly, tapping into the vein of unhinged expressionism howled by Les Rallizes Denudes and Caspar Brotzmann Massaker.

There is a profound anxiety that leaches through What One Becomes. SUMAC’s choreographed structures parallel the internal and personal struggles with anxiety. They seek to identify the source, devise a course of action, and confront that condition at hand. Turner explains, “Much of it has to do with questioning fabricated structures of identity and what it means when those structures are destabilized by contact with the outside. That has been a unnerving process to undergo, but also fruitful in terms of discovering the path to individuation and realized connection with the self. Another facet of experience I’m working to convey is about living with the sustained presence of anxiety, and avoiding reliance on musical devices of cathartic release to provide escape from this condition.” Sumac channels psychic distress into their rigorously algebraic maneuvers and syllable-crack dissonance. These are an acts of honesty in the face of a particular conduction as well as acutely prescient designs of musical intensity that commands attention to all of this detail. 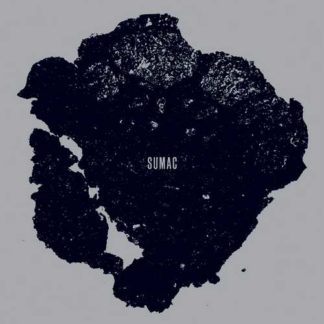