Miami, Florida’s WRONG formed from the ashes of CAPSULE and debut with an absolutely pummelling four-track EP titled “Stop Giving”.

With an emphasis on bludgeon and groove, it’s hard not to compare their first recordings to heyday-era HELMET. But WRONG brings their own dissonance, atmosphere and attitude in a massive combination of power and skill. This is truly an impressive first effort, and preludes a full-length due on Robotic Empire later this year. 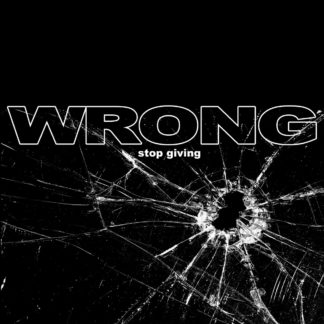