Paradise Lost formed in Halifax, West Yorkshire in 1988 and are known for being the founders of the Gothic Death/Doom Metal genre; a style fully brought into existence with their genre-defining second album, the highly influential ‘Gothic’.

Having released 2 albums, including ‘Gothic’, for the UK’s Peaceville Records and later helping to establish Peaceville as home to the finest trio of UK doom bands (alongside My Dying Bride and Anathema), Paradise Lost then signed with fellow UK label, Music For Nations which eventually led to the band breaking through to mainstream rock and metal audiences as their style evolved, becoming one of the UK’s most essential metal exports around the globe in the process.

‘Lost Paradise’ was the band’s debut album, released in 1990 and one of the early highlights in the formative years of Peaceville. Featuring more death metal influences, Paradise Lost created a dark and atmospheric style of brutal death metal, as opposed to one based on speed. The album was recorded at Academy Studios (My Dying Bride, Anathema, Cradle of Filth) in Yorkshire, England. 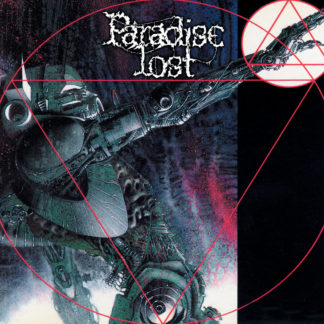