ORIENTS is the third long length record by Witxes (still pronounced “witches”), main vessel for french artist Maxime Vavasseur (born 1985). It will be released on June 1 2018 by Ghent-based label Consouling Sounds.
The project previously released Sorcery/Geography (Humanist, 2012) and A Fabric of Beliefs (Denovali, 2013), and a couple long pieces : Winter Light Burns (FeedbackLoop, 2012) and Pisces Analogue (Denovali, 2014).
​
Two years in the making, Vavasseur admits it wasn’t an easy one to work on, mostly because it deals with “being stuck in the illusion of infinite possibilities, with reality and virtuality becoming dangerously one”.
​
Vavasseur, from a recent interview :
“For the first two records I had the ideas before I started recording, but for this new record, that we’re finishing mixing, the theme actually emerged while listening back to the first draft of the pieces. I was lost in the composition process, I had 3 hours of music, the things that were flowing out were almost the opposite of what I wanted to compose, my mind was clouded, I was distracted by what I now see as meaningless things. I needed to re-focus on what matters to me but the music was struggling because I was struggling with my life in a way. So this new record is a testimony of where I was at, as a person, when I created it. It’s really strange, because this whole process lead me to new conclusions, new goals, and I feel like I am now re-focused, but almost none of this is featured on the record : the record reflects the process and questions more than the results and answers this time. I wanted it to be completely different than my previous records, and in a way it is, but not really how I intended it to be in the first place”. 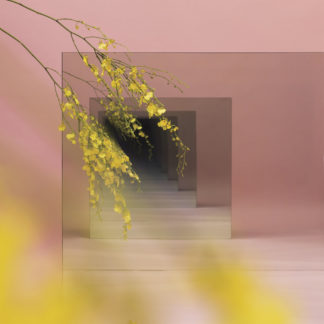