Try, if only for a moment, to envision a scenario in which you could still be completely *surprised* by a rock band. It’s not easy. In fact, it’s increasingly rare.

A couple of years ago, A Place to Bury Strangers were in search of a new drummer. Lia Simone Braswell, an L.A. native, had recently moved to New York, and was playing drums in shows around Brooklyn “just to keep her chops up.” As it turned out, APTBS bassist Dion Lunadon caught one of those shows and, after seeing her play, was moved to ask her if she’d want to come to a band practice sometime.

“I told some of my friends about it before I met up with them,” Braswell says, of the rehearsal that would soon lead to her joining the band. “They told me, ‘You’re just gonna have to keep up as much as you possibly can.’”

“To be fair, she had also never seen us live,” Lunadon adds. “She didn’t necessarily know what she was getting into.”

What she was getting into: For well over a decade now, A Place to Bury Strangers—Lunadon, founding guitarist/singer Oliver Ackermann, and, officially, Braswell—have become well known for their unwavering commitment to unpredictable, often bewildering live shows, and total, some might say dangerous volume. They don’t write setlists. They frequently write new songs mid-set. They deliberately provoke and sabotage sound people in a variety of cruel yet innovative ways. They can and will always surprise you. “When something goes wrong on-stage, a lot of bands will crumble under the pressure,” says Ackermann. “We like the idea of embracing the moment when things go wrong and turning it into the best thing about the show.”

This April marks the release of Pinned, their fifth full-length and an album that finds them converting difficult moments into some of their most urgent work to date. It’s their first since the 2016 election, and their first since the 2014 closing of Death By Audio, the beloved Brooklyn DIY space where Ackerman lived, worked, and created with complete freedom. “After DBA closed, I moved to an apartment in Clinton Hill,” he says. “I couldn’t make too much noise, couldn’t disturb my neighbors. I would just sit there and write with a drum machine. It had to be about writing a good song and not about being super, sonically loud.”

There are searing meditations on truth and government-led conspiracies (“Execution”), as well as haunting, harmonized responses to the tensions of our current political climate (“There’s Only One of Us”). It all opens with “Never Coming Back,” a frightening crescendo of group vocals, vertiginous guitar work, and Lunadon’s unrelenting bass. “That song is a big concept,” Ackermann says. “You make these decisions in your life…you’re contemplating whether or not this will be the end. You think of your mortality, those moments you could die and what that means. You’re thinking about that edge of the end, deciding whether or not it’s over. When you’re close to that edge, you could teeter over.”

It’s a clear and honest statement of intent, not just for everything that follows, but for this band as a whole. “As things go on, you don’t want them to be stagnant,” Ackermann says. “Being a band for ten years, it’s hard to keep things moving forward. I see so many bands that have been around and they’re a weaker version of what they used to be. This band is anti-that. We try to push ourselves constantly, with the live shows and the recordings. We always want to get better. You’ve got to dig deep and take chances, and sometimes, I questioned that. It took really breaking through to make it work. I think we did that.” 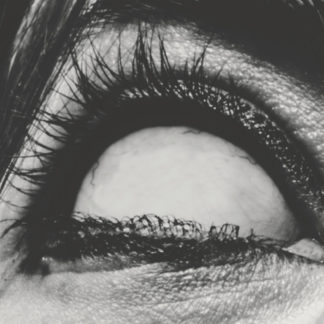