We are extremely happy to announce that our 2017 self-titled debut album is getting pressed for the first time ever on Vinyl and CD! “Acid Mammoth” is coming out March 12th 2021 via Heavy Psych Sounds Records!
“Acid Mammoth” was recorded late 2016 – early 2017 at Descent Studio while drums were recorded at Wudsound Studio. The album was initially released digitally in October 2017 via Bandcamp and introduced us to the beloved Doom scene. This album has a really special place in our hearts because it represents the birth of Acid Mammoth. It is our coming together and it bears the enthusiasm of our first ever recording. More raw and more monolithic in its essence than the albums that followed, “Acid Mammoth” is a doom metal album with lots of heart and tremendous excitement. Three years after its initial release, the time has come for its physical release in both vinyl and CD by Heavy Psych Sounds Records, with a killer new artwork by Branca Studio. 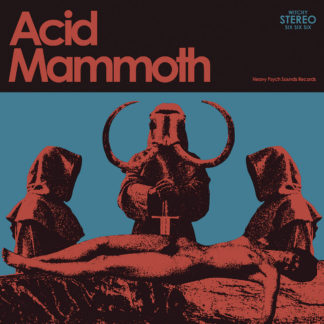