This is the musical response that dark times demand, one that not only shakes its fist but deploys it. Locally-informed global citizens, Algiers refuse to sit idly by while most contemporary artists appear perfectly content to sit out the revolution. Not only do Algiers harbor a purposeful sense of obligation in what they do on their latest resistance record The Underside Of Power, but they recognize the roots and thorns of precedent in said resistance.

Beyond the technical necessities living their respective lives both in and outside of music, Algiers’ continued deviation from a more traditional band approach created a more versatile sound, one that better incorporates a collective and respective panoply of influences and styles.

Some of this is informed by their choice of collaborators in this process, a crew that includes Adrian Utley [Portishead], Ben Greenberg [Uniform, The Men], Randall Dunn [Sunn 0)))], among others. Pick any track on The Underside of Power and the reference points expand exponentially, a dizzying and thrilling Recommended-If-You-Like list that would consume a series of afternoons.

Poke at the seasoned members’ bruised flesh, and out come wafting touchpoints as disparate and intriguing as Big Black, Wendy Carlos, John Carpenter, Cybotron, The Four Tops, Portishead, Public Image Limited, Steve Reich, and Nina Simone, to name but a few. Deep echoes of Black Lives Matter and its 20th century forbears gather, surge, and subside in their often soulful work, a form of principled, acute dissent more interested in learning from the past than in evoking nostalgia. 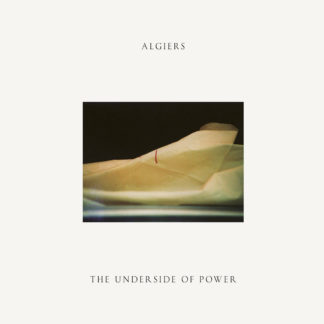