Blue Record announces the re-awakening of Savannah s rock giants BARONESS. The follow-up to 2007 s Red Album, Blue Record is an instantly-classic album, with all the peaks and valleys, textures, and nuances that timeless records yield over repeated listens. Deep and dark; Blue Record overflows with gossamer melodies and striking, earnest riffs that have become the band s signature. Swollen and Halo , Jake Leg , War, Wisdom, and Rhyme , The Sweetest Curse , are just a few of the tracks that are both instant and unforgettable, making Blue Record the most poignant moment in the BARONESS canon to date. 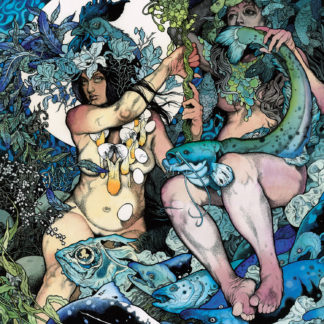