Mind the Drift is the third studio album by heavy metal band Big Business.
Jared Waren (Karp) and Coady Willis (Murder City Devils) formed Big Business in 2003 in Seattle, Washington. They released their first two full-length albums in 2005 (Head For The Shallow) and in 2007 (Here Come the Waterworks).
At the time of the 2009 Mind the Drift release, producer/engineer extraordinaire Toshi Kasai (Willie Nelson, Foo Fighters) had been playing guitar with Big Business for a while. And in the months before the record was made, Jared and Coady had been touring pretty heavily with the Melvins.
“I think we wanted to elevate the songs and make it really grand, like a Queen record,” says Coady. “It’s definitely the hardest record we’ve made to this day. The session was plagued with technical glitches from the get-go, so it felt like we never picked up any momentum. To my memory, it always felt like we were under this insane time crunch every step of the way. So as you can imagine the fun factor was pretty low. I think we learned an important lesson about how we best operate in the studio, and what we needed to have fun and feel creative and comfortable.” 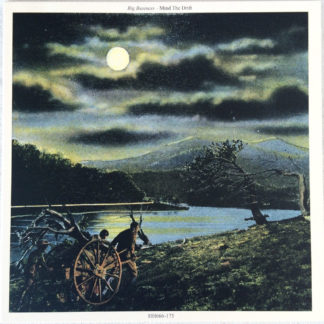