This 2 LP colored vinyl set includes a bonus 7” in a gatefold jacket. It features the original album plus 11 bonus tracks, including three new unreleased originals; three live in-studio versions (“Colors,” “Oct 33,” “Confines”); a live version of “Know You Better” recorded at C-Boys Heart & Soul, the Austin club where the band first made a name for itself; and covers of the Beatles’ “Eleanor Rigby,” Death’s “Politicians in My Eyes,” Bobby “Blue” Bland’s “Ain’t No Love in the Heart of the City,” and Tracy Chapman’s “Fast Car.” The package is updated with new artwork and contains unpublished in-studio and live photographs.

Following their coronation as Best New Band at the 2019 Austin Music Awards, Black Pumas release their second single “Fire,” the follow-up to their Song Of The Year-winning “Black Moon Rising.”

Black Pumas is led by the creative partnership between Grammy Award-winning guitarist / producer Adrian Quesada and 27-year-old songwriter Eric Burton. Burton is a relative newcomer who arrived in Austin in 2015 after busking his way across the country from Los Angeles, while Quesada has a storied reputation for playing in bands like Grupo Fantasma and Brownout while also producing acclaimed projects like 2018’s ‘Look At My Soul: The Latin Shade Of Texas Soul.’

After the two connected via friends in the Austin scene, they began to collaborate on a new sound that transmutes soul into something idiosyncratically modern. Reminiscent of Ghostface Killah and Motown in equal measure, this original sound ensured that Black Pumas’ weekly residency at C-Boys quickly became “the hottest party in town” (Austin-American Statesman). 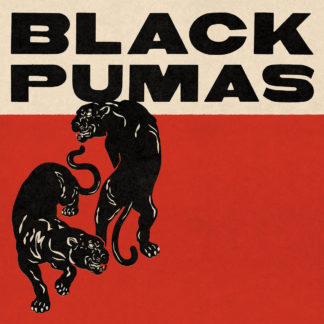