This February the story of the infamous Unabomber Ted Kaczynski will receive its theatrical debut in a new Tony Stone directed film, Ted K. Kaczynski is notorious for both tragically murdering three people (and wounding an additional 23) via bombs sent in the mail and for his numerous writings on the evils of technology he composed during his primitive residency in the woods of Montana. Stone’s choice to have the renowned electronic artist Blanck Mass score the film is somewhat ironic and creates an obvious tension perfect for the controversial and complex subject matter.

2020 saw the first Blanck Mass movie score, for the soundtrack to Nick Rowland’s acclaimed cinematic debut ‘Calm with Horses.’ This expansion into new areas of melodic composition and textural exploration won Blanck Mass many new fans, with BBC’s acknowledged number one film buff Mark Kermode proclaiming the work the soundtrack of the year. In 2021, Blanck Mass won the prestigious Ivor Novello Award for best original film score and has firmly established himself at the forefront of the latest wave of experimental soundscape wizards.

Recording during lockdown at his studio in Edinburgh, Scotland, Blanck Mass’s Ben Power was in the perfect setting for a musical piece intended to capture the isolation central to Kaczynski’s story. Power was also working with a director in a time zone 10 hours behind and thus many sessions required working in the middle of the night, which added a fitting intensity to the composition process. He said of the project “I wanted it to feel like an ‘epic’” and drew on the legends Sergio Leone and Ennio Morricone for inspiration in encapsulating the energy of the perceived good vs. evil.

The gentle madness of sound achieved is exquisite and slowly builds in intensity and desperation as the score moves along. Power is able to perfectly capture the complexity, the terror and the deep emotionality of the film while presenting an often breathtakingly beautiful and always masterful album that stands on its own as a work of art. 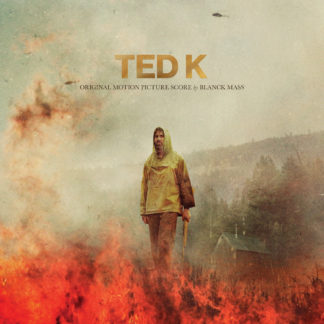