« Death Atlas » is one of the most shocking and unflinching records of 2019, demanding an emotional response, and forcing people to think about their own contributions to the devastation of the planet. Cattle Decapitation have never shied away from confronting the awfulness wrought upon the natural world by the human race, and « Death Atlas » is their bleakest offering to date.

A very exploratory record, « Death Atlas » sees the band going places they never have before without compromising themselves at any juncture. Death metal, grindcore, black metal, sludge, doom, drone, all of these extreme styles are thrown into the melting pot alongside some more restrained elements, and Ryan’s vocals are broader and more fully realized than ever before for the band’s 9th Studio album. Expanding the sound of the record, the band also invited numerous collaborators to come in and work with them including Laure Le Prunenec of Igorrr and Ricinn, Riccardo Conforti of Italy’s Void of Silence, Dis Pater of Brisbane’s Midnight Odyssey and last but not least, the legendary Jon Fishman from Phish lends a narration to the track leading into the title track, called ‘The Unerasable Past’. 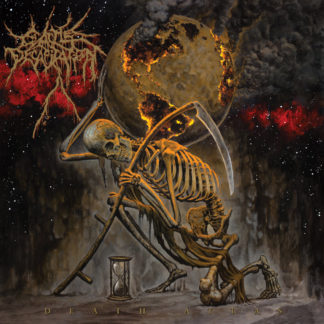