– FINALLY REISSUED – After years of waiting CELESTE is closing the gap with their sixth full length in September 2017. In line with the new album release, Denovali now offers their third album Misanthrope(s) again as a reissue. Celeste’s second album ‘Nihiliste(s)’ has been characterised by the complexity and distress of bands like Breach or Amen Ra – but has also reached the emotionality of old Envy records. The third full length Misanthrope(s) – 9 new songs, more than 50 minutes of sheer hopelessness – displays a continuation in tempo and shows a further improvement of sound in different aspects. The riffs are just that little bit more raw, the melodies turned out to be even more black and the total composition is tearing apart the last men standing firm after the ‘Nihiliste(s)’ assault. The vinyl version is limited to 300 copies in “brown in clear with heavy black splatters”. The cd comes in a new digipak design. 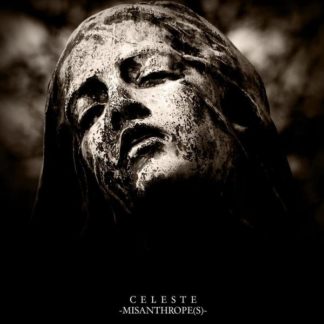