American pioneers of dark sounds CHRISTIAN DEATH can rightfully claim to be the incarnation of Gothic music. When ‘Atrocities’ was originally released in 1986, it marked the transition after the decision of Rozz Williams to quit CHRISTIAN DEATH and Valor Kand taking over as the leading figure in the band. The fourth album of CHRISTIAN DEATH was recorded at Rockfield Studios in Monmouth, Wales (UK) in 1985 under the direction of Kand with major input by Barry Galvin, who contributed arrangements and songwriting. ‘Atrocities’ represents a daring artistic choice as the album mainly deals with the Holocaust in general and the death camp of Auschwitz, and the murderous criminal medic Dr. Josef Mengele also known as the « Angel of Death » in particular. ‘Atrocities’ includes a rendition of « Gloomy Sunday » by Hungarian Jewish pianist and composer Rezso Seress, who survived forced labour in Ukraine during WWII. An urban myth claims an increased number of suicides through airplay of this song. 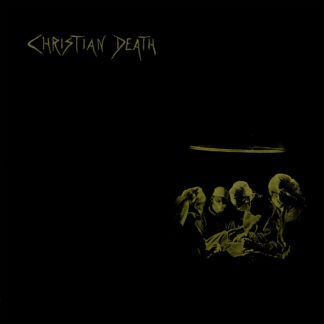