At the time of civilisation collapse, only the bold pave the way. Back to basics. Let us give CHROMB! a certain sense of responsibility : through this fourth album, entitled Le Livre des Merveilles, the quartet appears in a new light. Washed of their sins.

Off with the worn out fusion-prog, the ten notes per second that were the trademark of the Lyon-based musicians, now the approach is radical and the demonstrative varnish fades away in favour of “knowledge”. This same “knowledge” the XIIIth century cleric and knight Gervais de Tilbury praised in his Livre des Merveilles wich the band draws his inspiration from, even borrowing entire dizzying fragments.

This is how CHROMB!’s heroic gest unfolds ! The four tracks, inspired by a fantasized mythology that J.L Borges would not have disavowed, let eventually the light come through… Between medievalism and futurism, the lyrics in French, make use of playful hermeticism and smash the rules to pieces. Less acidic, more structured, the style asserts itself, more and more epic as it is ornament-less.

Labyrinthine tales with sinuous vocal parts here, a noisy symphony there: with Le Livre des Merveille, the incredible gives way to the fabulous…
Then, in the distance, the truth bursts out. 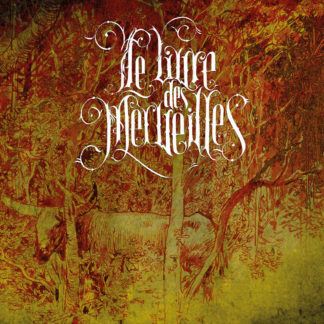