Darkthrone began in the late 80’s as a thrash/death metal act & progressed through technical death/doom metal experimentation to become legends of the black metal world & one of the original leading bands of the Norwegian scene, as well as inspiring a whole generation of metal bands.

‘Hate Them’ was Darkthrone’s tenth album & was originally released in 2003. The album was a fine example of masterful primitive black metal riffing along with the integration of other 80’s punk & metal influences from the long-standing duo of Fenriz & Nocturno Culto, all executed in the unmistakable Darkthrone style. The album was recorded at Pan Lydstudio & engineered by Lars Klokkerhaug, & the album intro & outro was created by Lrz from fellow Norwegian act Red Harvest.
’Hate Them’ is regarded among the best received albums the band released during their time with then-label, Moonfog Productions. 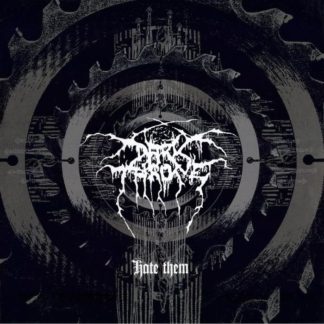