Total Death was the sixth album from Norwegian black metal legends Darkthrone, and was originally released in 1996. After recording the previous 2 albums at Fenriz’s Necrohell portable home studio, the band reverted back to a traditional studio set-up for recording; this time it was Ancient Spectre Ruins, with the songs recorded in 2 sessions there in August and October 1995.

The song-writing on Total Death was split equally between the 2 members, Fenriz and Nocturno Culto, with Nocturno supplying lyrics to his own songs, whilst Fenriz gave the honour to notable members of the Norwegian metal scene: Garm from Ulver, Ihsahn from Emperor, Carl-Michael Eide from Aura Noir/Ved Buens Ende and Satyr from Satyricon. The album delivers a classic dose of mid and up-tempo black metal, along with thrash, such as on the track Blasphemer. 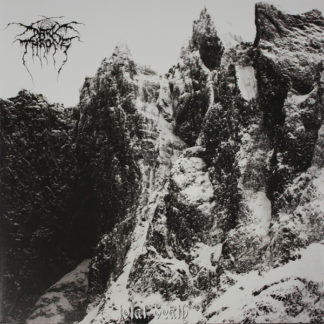