Downfall of Gaia is a dark wall, moving forward relentlessly, enveloping the listener, absorbing one’s spirit to take one into the realm of the band’s potent sound. Although the group’s roots lie within the DIY / Crust scene, they have become more closely associated with a sound that rather corresponds to the impact of an avalanche made from black earth, rock, and dirty sludge, while their lyrics poetically describe the dark side of living.

“Atrophy” was recorded in June 2016 at Hidden Planet Studio Berlin and mixed and mastered at Atomic Garden Studio in San Francisco. It’s a record about the the absurdity of life and of human existence, an album about the constant dialog between life and death. 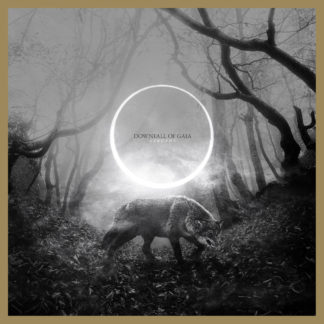