Alone among four million isolated people. A harsh, never-ending winter. No gigs in sight. Music as a form of therapy has never been as essential as now – gazing inward when gazing out has become way too disillusioning.

After their beguiling “The Isolation Tapes”, Berlin’s most important rock band Kadavar has written its second album during a single pandemic. This time around, however, they weren’t stuck alone in lockdown. They colluded with US prog rock wunderkinder Elder, Berlin immigrants just like Kadavar were a decade ago, and decided to drown in sound together. What surfaced is “A Story of Darkness & Light”, a marvel of musical liberty, a gushing opus between rock, prog and alternative, held together by the two bands’ contrasts. Light and shadow. Alpha and omega.

Without any agenda, without a grand goal, they shut off the world and turned on the amps. Music as a means of escapism may have been the starting point; what permeated here, however, is less an escape from reality that it is a sonic measurement of this wonder called life. Long jams and a feverish lust for experiments have created a ballad of life and death, of existence itself. Consequently, the genesis of this album is far from your ordinary rock album and closer to the music of the spheres. They evoke sounds from the dark side of the moon, they channel the heartbeat of an ocean, the sigh of a continent. Over time, the project became more and more concrete, more absolute until all the musicians involved had a shared epiphany: This here mustn’t remain a trippy jam session among friends and like-minded artists; this here needs to become an album. 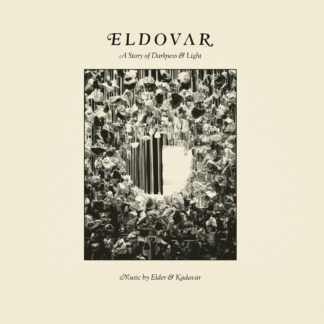