“The Rightful Pivot” is an album incorporating their several stages, stops and progressions of a stunning career. Recalling some of the early days in rough and direct approaches without sacrificing any of the maturity of songwriting inherent to its predecessors, “The Rightful Pivot” comes across like brackets around what the band was, is, and will eventually become. As before we will not elaborate any further on the content of this new release as this would mean taking away the magic and stunning interplay of words, instruments, wisdom and texture. It remains as it was: as much as you cannot pigeonhole this band you cannot not love them.

Begun in San Francisco, CA in 2002, Enablers’ subsequent four LPs and two EPs have all achieved a certifiable non-compliance with standard approaches to “spoken word” music. The 2015 LP, “The Rightful Pivot,” released as a cooperational effort on Lancashire and Somerset, Exile on Mainstream and Atypeek Music, proves to be a further development in the band’s powerful sense for difference and absolute indifference to classification.

“Enablers are proficient in their craft – the music gushes out of the instruments in mercurial waves, while Simonelli’s vocals drip beautifully over the top and start to slink in between. […] Lyrical imagery pours out in quick-shifting bursts, as slippery and disorientating as its musical accompaniment has the tendency to be. […] When it comes down to it, whether you connect with this record or not, it’s difficult to deny that Enablers have an unshakable confidence in their art.” (Attn:Magazine) 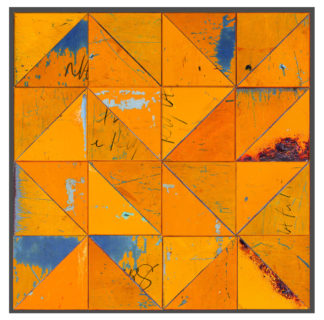