Exploded View is a new collaborative project helmed by the UK-born, Berlin-based political-journalist-turned-musician Anika. After playing a string of 2014 solo shows in Mexico with a backing lineup composed of local producers Martin Thulin, Hugo Quezada and Amon Melgarejo, Anika and her new bandmates discovered a chemistry that they simply had to capture on tape.

The dexterity of the band that’s so evident on Exploded View comes from a collective lifetime in music. Anika’s résumé alone is incredible. She’s been a member of Geoff Barrow of Portishead’s BEAK> project, a successful solo artist, a DJ and radio host, and a live collaborator with the likes of Michael Rother (Neu!), Jandek, and Pete Swanson. Thulin is the producer for Crocodiles and an accomplished solo artist and producer whose career in music at present is over a decade long, and everyone else involved in the project has worked in music in Mexico City for many years. Exploded View emphasizes the talents of Anika and her collaborators in a new way, one that cuts through its improvisational roots with laser-focus and intent. For fans of Can, dub, and political revolution. 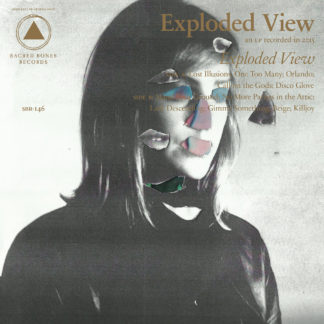