Hammerhead emerged in the early nineties from Fargo, North Dakota, a remote outpost in the northern plains of the United States. In that cold and desolate city, drummer Jeff Mooridian, Jr., bassist Paul Erickson and guitarist Paul Sanders rejected eighties pop music and instead devoured vinyl records and mix tapes that spanned the range of early punk, hard rock and experimental music. Like an animal that evolved on a remote island, Hammerhead’s sound was unique, combining a relentless rhythmic attack, sub-octave bass lines and searing guitar riffs enveloped by a shared dystopian worldview that placed them even further off the map than their geographic location. Their interest in science fiction themes were a byproduct of their of their realization that in their remote locale, they were viewed as aliens. Alienation led to frustration, and as time passed, morphed into a form of musical self-immolation. The sonic assault of formative lineups got them banned from the few available music venues in the city, but earned them an audience that eventually spawned the well-documented nineties underground music scene of Fargo, ND. As unlikely as their origin was, their destination was even stranger. A chance show opening for the Cows in Minneapolis led to an introduction to Tom Hazelmyer, which began their relationship with Amphetamine Reptile Records. Their first track was “Gremlin Stomp,” appearing on the Dope Guns and Fucking in the Streets, Vol. 6 compilation. Several critically acclaimed full-length AmRep releases followed, with non-stop tours of the United States and Europe. Their live shows became legendary for their incendiary blood and sweat soaked performances. Sanders left the group after recording the album “Duh…the Big City” in 1996 and Hammerhead disbanded shortly thereafter. With Mooridian and Erickson continuing on to form Vaz, Sanders remained musically dormant until contributing to the final lineup of the Heroine Sheiks. As years passed, the concept of a Hammerhead reunion became as remote and unlikely as their initial existence and brief survival. Hammerhead reassembled in 2014 to release “Global Depression,” a six song EP of tracks recorded in Minneapolis. Musically, the band picked up from where they left off, their misanthropy now reinforced by a lifetime of experience. Technology, biological engineering and other shared illusions of progress are sonically explored, mapped and destroyed. Clear/red splatter vinyl in full colour sleeve with digital download coupon. 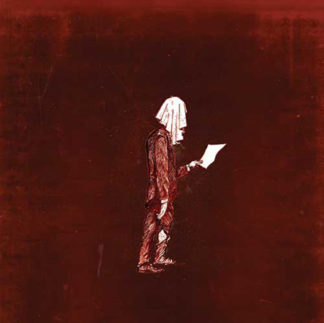