HEADS. from Berlin were formed in 2014 by two native Germans and one wandering Australian, collectively are like-minded individuals, drawing inspiration from the same filthy pools. With a straight-up, no-frills approach, and influences as diverse as The Jesus Lizard, Shellac, Rowland S. Howard, and by the likes of Young Widows and My Disco, this trio is angular, dark, articulate and much more than the sum of their parts. Serendipity and pure good luck led to the paths of these musicians crossing. Fresh off the plane from Australia, with the sound of a former band disintegrating still ringing in his ears, vocalist and guitarist Ed Fraser set about finding new collaborators.

The Ocean‘s bass player, Chris Breuer, meanwhile was seeking new creative outlets whilst on tour and when conversation started flowing with Ed, he roped in The Ocean road crew member, Hamburg-based Peter Voigtmann, on drums. With the key players of HEADS. in place, navigating geographical distances and writing a record was next on the agenda. Much of this took place whilst the members were spread out across the globe, often taking advantage of the backstage wifi at various festivals, and arranging intense practices in Berlin when schedules aligned. When the songwriting was over, the band headed into the studio with Jonathon Nido of Coilguns to commit the tracks to record.

The album was recorded in September 2014 in the heritage-listed Bikini Test in the Swiss Alps – a building chosen for the size and complexities of the space available, which allowed the band to capture the dark intensity of their tracks perfectly. Taking their cues from Steve Albini’s school of thought, the band recorded live, getting down 13 tracks in three days – including a guest appearance from Louis Jucker of Coilguns – which have been whittled down to 6 for their debut. The record is mixed and mastered by Cult of Luna‘s Magnus Lindberg in Stockholm, who counts his own band, PG.Lost, Kongh and EF among his studio credits. 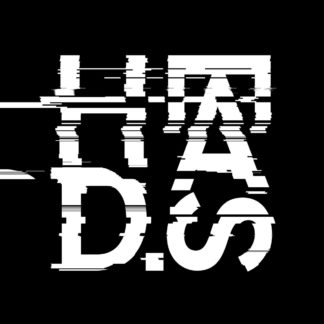