Gilead Media is proud to continue working with KOWLOON WALLED CITY by way of reissue. We are pleased to present new high-quality pressings of the out-or-print Turk Street EP (2008, Howling Mine) and Gambling on the Richter Scale LP (2009, Perpetual Motion Machine). Following on the heels of their universally-praised 2015 LP, Grievances (Gilead Media, Neurot), we take things back a couple steps to the beginning stages of Kowloon. These earlier works are a snapshot at the foundation for the band »s sound in a much dirtier, noisier, sludgier environment.Kowloon have always been a band focused heavily on tone and atmosphere with their unique style of heaviness, and the very intentional grit on these albums shows another face to a band that has grown to embrace a cleaner, over-driven sound in recent years.Packaged in a single pocket LP jacket and available on black vinyl (350) or clear w/black swirl (250). Download code included. 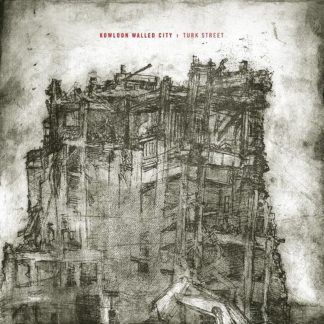