Rarely does a creative group come along that wields both the capability to perform technical music and the skill to compose elaborate works that the listener can easily connect with. Since 2008 Krallice has been the definition of such a group.

After an incredibly prolific period, releasing its first four full-length albums within five years, Krallice left us with a time of relative silence. From August 2012 to September 2015 there were few live performances and there was no recorded output. When, without warning, their fifth full-length album Ygg huur was unleashed with no formal announcement or PR marketing push. The album was quietly posted to the Krallice bandcamp page and a link was provided via social media.

Ygg huur reveals a new face to Krallice. Not only is it the shortest full-length in the band’s discography, clocking in at 35 minutes, but also is it a departure from the black metal influence which Krallice heavily founded its sound upon. And although its familiar and unique style is very much still present, the song structure reveals more insight into the technical aspects of the collective members’ other projects. There is the subtle death metal influence from Nick McMaster and Lev Weinstein (on bass and drums, respectively) reminiscent their work in Geryon and Astomatous. Those elements fit perfectly alongside the intricate guitar interplay of Mick Barr and Colin Marson. Barr of course as a part of Orthrelm and his numerous, well-document solo and collaborative projects. While elements of Marston’s work in Behold… the Arctopus and his own Indricothere appear to sneak into this new Krallice material.

Even though this new path may at first come as a surprise to some, it is evident that the compositions on Ygg huur are very distinctly and truly Krallice.

The LP is packaged in a single sleeve jacket with printed inner sleeve, and presented on 180 gram black vinyl. 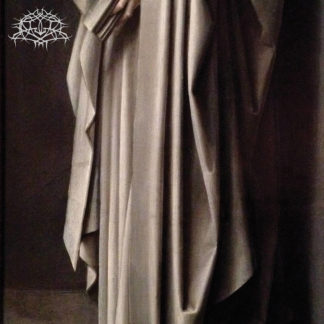