Hardcore luminaries La Dispute have announced their fourth album Panorama available March 22nd via Epitaph Records. Their first album in 4 years and first with the label, Panorama was produced by the band in tandem with return producer Will Yip (Quicksand, Braid, Code Orange, Nothing, Title Fight) combining jazz, rock, slowcore, noise, hardcore among other influences over the span of 10 tracks. It’s a highly ambitious and deeply affecting body of work that filters narrative storytelling through a personal lens, like a set of Joan Didion essays set to music.

Where the past two albums had vocalist Jordan Dreyer delving further into fictional subject matter, it’s with Panorama that the band has created the most personal project since their breakthrough Somewhere at the Bottom of the River Between Vega and Altair, an album whose influence has been palpable within the genre over the course of the past decade. Most of what happens on Panorama takes place on the route Jordan and his partner would drive from their home in the East Hills neighborhood of Grand Rapids to the city of Lowell, where she grew up. Everywhere along the drive are places where, in varying degrees of recency, people have died: a pond where a man drowned walking home in the winter, multiple places where people crashed driving drunk or were killed in car accidents, and one place where years prior a city worker found a Jane Doe decomposed. Panorama is intended to be a wide angled shot of that drive, with the stories of those tragedies becoming focal points but filtered through the sieve of the couple’s life together. 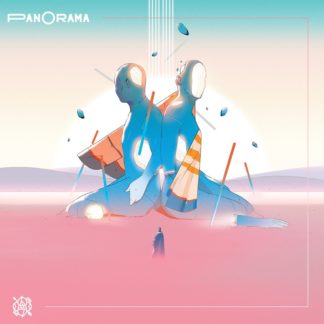