C’mon is the shortest title of any Low album, which seems fitting, as it also ranks among the most succinct and straightforward entries in their variegated discography. Singer-guitarist Alan Sparhawk has even perfected the “elevator pitch” for C’mon: “Recorded in an old church in Duluth, MN and mixed in an apartment in Hollywood, CA.” But that brief synopsis hides universes.

Comprised of new material written on and off the road, the ten-song set was recorded in a former Catholic church, aka Sacred Heart Studio (where the band previously crafted 2002’s Trust) and co-produced and mixed by Matt Beckley. The band took full advantage of Sacred Heart’s high, vaulted ceilings, natural reverb, and audible affinity for organ sounds and group singing. The thunder-crack percussion that peppers the final minute of the slowly unfolding “Majesty/Magic” is just one example of this dynamic in action. With its jangly guitars and sweet vocal harmonies, opener “Try to Sleep” sets the album’s tone: Warmer, fuller and more introspective. Whereas 2007’s Drums and Guns railed against the war in Iraq, C’mon feels like a plea for humanity, decency and common sense in a world gone mad. Sparhawk concurs. “With the last couple of records, we were grappling with something outside of ourselves. This one feels more like, ‘Well, forget that. I’m looking in your eyes right now, and we need to figure out how to get through the next moment, together, as human beings.’”

Without curtailing their artistry one iota, the trio has made one of its most accessible, affecting albums to date. And while the origins of C’mon may lie in a church in Minnesota, Beckley’s apartment in CA and the hearts of the modest individuals who created it, the resulting music has the capacity to resonate deeply with audiences everywhere. 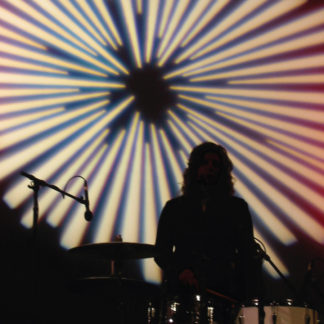