Mogwai release this new soundtrack, ZeroZeroZero, available for one week exclusively on a pay-what-you-can basis with half of proceeds going to Help Musicians and NHS charities.

ZeroZeroZero is the acclaimed series produced by Cattleya — producers of the hit Gomorrah the Series and part of ITV Studios — with Bartlebyfilm for Sky, Canal+, Amazon Prime Video and STUDIOCANAL TV. The first season is currently available in numerous territories, including Italy, Germany and Austria (Sky), France (Canal+) and the US, Spain and Latin America (Amazon Prime Video), and will soon be available in the UK and Ireland on Sky. It was created by Stefano Sollima (Sicario: Day of the Soldado, Gomorrah), with Leonardo Fasoli and Mauricio Katz, and was shot on three continents and in six languages.

It stars Andrea Riseborough (Birdman, The Death of Stalin), Dane DeHaan (The Amazing Spider-Man 2, Valerian and the City of a Thousand Planets) and the Golden Globe-winning and multiple Emmy and Tony nominated Gabriel Byrne (The Usual Suspects, Stigmata), and is directed by Stefano Sollima, Janus Metz and Pablo Trapero.

Mogwai’s Stuart Braithwaite: “Most of our 2019 was spent scoring ZeroZeroZero and we’re really happy for people to hear the soundtrack album. It was a great project to be involved with and we’re really pleased with how both the show and the music turned out. Like everyone else, we are isolating at home so the mixing of the record was all done remotely with Tony Doogan. With this release we’re hoping to raise money for Help Musicians and NHS charities via the release on Bandcamp. We know that a lot of people working in music have seen earnings disappear and that those working for the NHS are experiencing horrendous pressures dealing with the Covid 19 pandemic. By donating half of what we make in the first week, we hope to do something to help those in need. We’re also aware that everyone has been affected financially and because of that we have made the record available on a pay-what-you-can basis.” 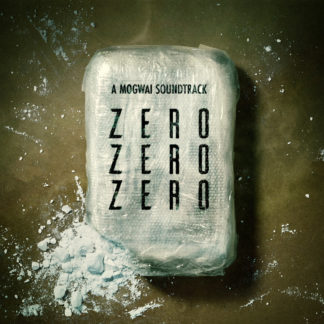