The conflict and correlation between dark and light is a universal theme with a historically rich history. Musically, perhaps no band in the 21st Century has mined that relationship more consistently or effectively than Japan’s MONO.

Across 10 albums in 20 years, MONO have convincingly reflected the quietest and most chaotic parts of life through their music. Their ever-expanding instrumental palette – which began in earnest in 1999 with the traditional guitar-bass-drums rock band setup – has evolved to include as many as 30 orchestral instruments. Now, on Nowhere Now Here, the band add electronics to their repertoire – perhaps inspired by guitarist/composer Takaakira ‘Taka’ Goto’s recent collaboration with John McEntire, the beguiling Behind the Shadow Drops. Nowhere Now Here also sees MONO’s first-ever lineup change, adding new drummer Dahm Majuri Cipolla (The Phantom Family Halo) to the core trio of Goto, Tamaki, and Yoda. Tamaki also makes her vocal debut here, singing into the shadows of vintage Nico on the poetically hazy “Breathe.”

The unlikely career of MONO has taken them to virtually every corner of the planet, several times over. Those corners have all left indelible marks on their music, as it drills deeper towards the sound of feeling not quite human and all too human – often at the same time. 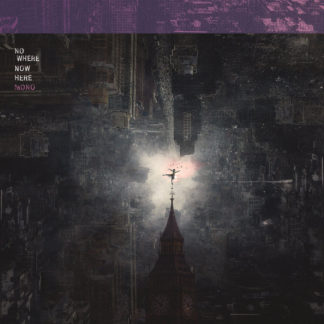