An abrasive but cerebral album, Position Remote is Multicult’s fourth overall, but the band’s first full length on Reptilian This Baltimore trio featuring former members of Triac and Fight Amp is a thinking person’s noise rock unit for those whose cognitive abilities exceed that of even the normal deep thinker– this is noise rock for the quantum physics set, the supercollider crowd. And while some of Multicult’s contemporaries seek low end bombast and distortion at any cost – often to cover up for musical deficiencies elsewhere, Multicult steers clear of any rumbling murk in favor of a legible, caustic assault, as tight and efficient as it is wild, sort of a Big Black meets Unsane skronk, boasting rhythmic chops rarely seen this side of a Jesus Lizard album. With the songs anchored by Jake Cregger’s Rolex-precise drumming, and Rebecca Burchette’s insistent, driving bass, Nick Skrobisz is free to starch the world with slashing guitar dissonance and tone not unlike a block of machined aluminum pressed to an industrial lathe. Having scattered EP’s and albums across various labels (Learning Curve, Amplified Noise, Sleeping Giant Glossolalia), and shared stages with contemporaries like Cutthroats 9, UXO, Grasshopper Lies Heavy, and Power Take-Off, Multicult is among the most innovative bands working the noise resurgence. Position Remote is a bold step forward, the sonic Higgs Boson particle fans have sought for years. 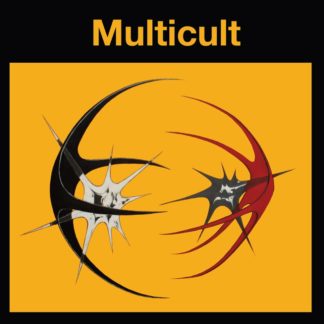