The 10th Anniversary version is the original ten-song album released in 2010, with the addition of three songs from their Obscene Humanity 7” and two songs from the original Unsilent Death recording sessions which were never released or heard, until now. The original ten tracks from Unsilent Death have not been remixed or remastered. The five additional songs have been remixed by Kurt Ballou and mastered by Nick Townsend. The LP’s packaging remains true to the original with the Stoughton gatefold jacket and also includes an 18”x24” poster.

Unsilent Death consists of 10 unrelenting and unapologetic songs with a sound not unlike the late 80’s Earache Records catalog mixed with early power violence. Recorded during the cold winter of 2009 at Kurt Ballou’s Godcity Recording Studio. Westbrook said: “it sounds like Entombed covering Napalm Death and Drop Dead. 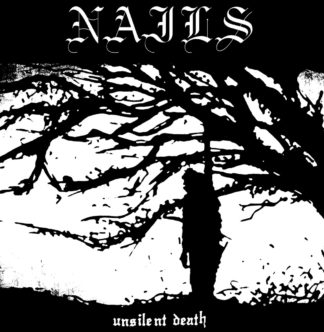