Obits are a four-piece band who currently live in Brooklyn, NY, and whose music is probably considered an occupant of the rock music genre, specifically in the areas of garage, punk, surf, surf-punk, and garage-punk (though, not surf-garage). On this new album, they’ve also covered a song (“Besetchet”) from volume 23 of the excellent Ethiopiques series; so much for tidy categorization. The album for which this clumsy biographical dispatch has been prepared is entitled Bed & Bugs and it is the third full-length album by Obits, following their 2011 album Moody, Standard and Poor, which itself followed their 2009 album I Blame You, which we in the professional music industry refer to as the band’s “debut.” Bed & Bugs was recorded somewhere in Arlington, VA at an unnamed recording studio, simply and rather unhelpfully described as “upstairs.” This recording was accomplished by Nikhil Ranade, and the resulting songs were later mixed, variously, by this same Nikhil Ranade as well as Eli Janney and Geoff Sanoff.

On listening to Bed & Bugs, the discerning listener may well note more than a passing similarity to such bands as Hot Snakes, Edsel, Drive Like Jehu, Girls Against Boys, Pitchfork, possibly Television or the Wipers. This is un-coincidental! With the exception of those last two, Obits share members with all of those bands. 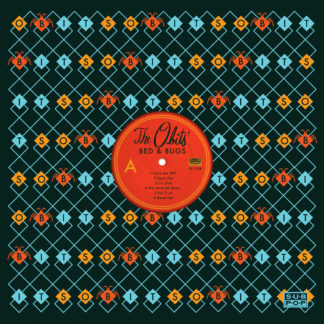