Storming out of the frozen North, Minnesota’s Obsequiae released their debut album Suspended In The Brume Of Eos on CD in 2011 via Bindrune Recordings. Conjuring images of a medieval Europe where modern life has yet to infringe, Obsequiae craft meticulous beautifully harmonic dark odes to times now passed into legend. The album harkens back to the pre-wimp out melodic Scandinavian Death Metal of the 1990s; dark, aggressive, conscious of songcraft foremost and unintimidated by complexity. The bands deep knowledge of European traditional music and instrumentation is evident throughout, particularly in the ornate, colorful interludes that tie the album together like tapestries in a ruined castle. Had John Renbourn started a project with Quorthon something like Obsequiae might be the result.

The album was a favorite at 20 Buck Spin HQ around the time of its release and has remained so. As it had yet to surface in 2014, the label offered to release this one of a kind record on vinyl for the first time. Now after being out of print for several years, the album is finally available on vinyl again in 2020 on the heels of the band’s successful third LP in 2019, ‘The Palms Of Sorrowed Kings’. 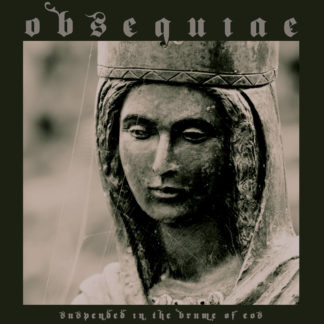