For the third time in a decade, a new dawn rises over the castle ruins. Obsequiae once more lower the gates and emerge from the keep, to regale the townsfolk with tales of another age via heroic hymns of majesty and high adventure on ’The Palms Of Sorrowed Kings’.

The most immersive and hyper-focused album from Obsequiae to date, ‘The Palms Of Sorrowed Kings’ features a heightened sense of rhythmic definition, greater care in the depth of layers and a shimmering clarity that elevates the uniquely realized character of a band unlike any other. Sweeping and vast, the otherworldly scope of the guitars, the anachronistic harp interludes, the percussive precision and the range of ancient melodic beauty open portals to the immemorial.

An album singularly concerned with creating a captivating world to become willfully lost in, ‘The Palms Of Sorrowed Kings’ sets itself on a path that few now trod but a realm that Obsequiae tower over like the noblest kings. 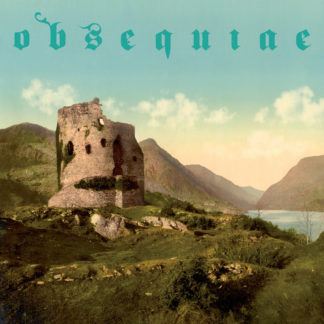