In 2013 Finland’s Oranssi Pazuzu issued their ‘Valonielu’ LP, an album of timeless creative immensity that was met with ubiquitous praise throughout the world, and solidified the band’s position as one of the most forward-thinking and interesting metal bands. Now Oranssi Pazuzu returns with the follow-up album and fourth overall, the mind-bending masterwork ‘Värähtelijä’.

Oranssi Pazuzu, since birth, has never been satisfied to stick with a formula. Each album has seen the band expand upon its previous incarnation and then, like a supernova, blow it up and transform again into something recognizable but completely new. ‘Värähtelijä’ continues in this vein, giving the band much more room to diverge and explore the vast regions of hypnotic progressive psychedelia and the nebulous outer limits of Scandinavian black metal. Songs explode with radiant ultraviolet color and plunge into the deep black darkness of innermost consciousness. If ‘Valonielu’ was the creation of a universe, ‘Värähtelijä’ is the magnification and expansion of its infinite boundaries.
A 70+ minute sprawling voyage, ‘Värähtelijä’ more accurately represents the stunning live presence of the band where the songs often span new and previously unheard dimensions of form and structure. Not meant for genre purists, Oranssi Pazuzu are on a trip all their own; modern electric pioneers on an expedition to unlock the keys to the hidden spaces all around and inside us. 20 Buck Spin and Svart are pleased to once again present the innovative brilliance of Oranssi Pazuzu and ‘Värähtelijä’.

“Värähtelijä is continuing where we left off with Valonielu. But it plunges deeper into the pitch black hypnosis, combines progressive song structures to more free and flowing parts. At the same time, it’s the heaviest and the most atmospheric album we`ve done so far. The fusion between different ends of spectrum reveals new realities we`ve never discovered before. We really wanted this album to go to new places and to be the crossover album of genres we always wanted to do.

To further boost the idea, the album was done with Julius Mauranen who had previously done lots of Finnish shoegaze and indie pop albums. I think it’s safe to say that this is by far the heaviest stuff he has done and for us, working with a guy like him stretched our sound to way more dynamic and trippy horizons.”
-Jun-His- 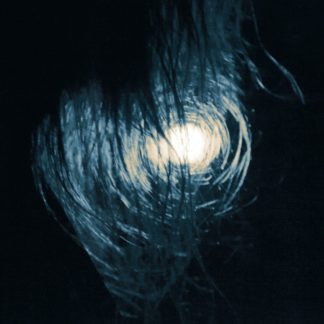