Most people will know Medusa as the Gorgon from Greek mythology; she is the infamous beast with venomous snakes for hair who will turn anyone that dares to look into her eyes to stone. It is this hideous creature who PARADISE LOST have chosen to be the figureheard for their 15th studio album, as, from a philosophical perspective, she is more than simply a monster. Singer Nick Holmes started his research, intrigued to find greater meaning behind the symbol of Medusa and became particularly fascinated by the Gorgon’s nihilistic connotations. “Attempts to avoid looking into her eyes represent avoiding the ostensibly depressing reality that the universe is meaningless”, is an idea that was adopted by American novelist Jack London, and a thought that could have easily emerged from PARADISE LOST’s lyrics over the past 3 decades.

So abandon hope, all ye who listen here, and celebrate the beauty of ephemerality and nihilism – as long as you still wander on earthly soil. 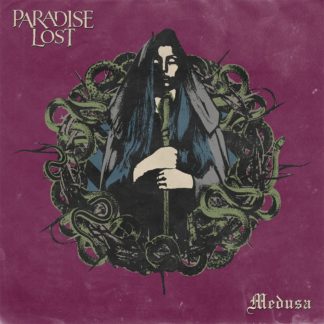