Philadelphia post-metal veterans ROSETTA returned in 2017 with „Utopioid“, their sixth, critically acclaimed full-length album and most concept-driven work to date.

The band will be embarking on an extensive tour of Europe in October and November supporting THE OCEAN on their upcoming album’s headline tour. On the occasion of this, we are re-issuing the preceding 2 albums on vinyl: 2013’s „The Anaesthete“ and 2014’s „Quintessential Ephemera“.

While the first emphasized the dark and dismal side of the band, „Quintessential Ephemera“ saw ROSETTA further expand their sonic territory: the addition of Eric Jernigan (CITY OF SHIPS) introduced not only a 2nd guitarist, but also melodic vocals to the band’s sound – a new era for Rosetta had begun.

Informed as much by the minimal soundscapes of STARS OF THE LID as by the pulverizing weight of GODFLESH, the band’s compositions have a spaced-out, exploratory feel, appropriately dubbed “metal for astronauts.” 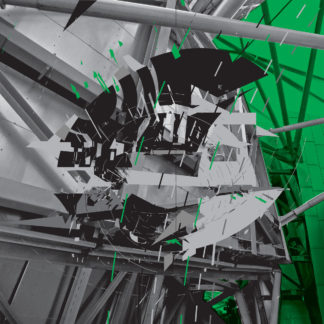