Philadelphia post-metal veterans ROSETTA returned in 2017 with „Utopioid“, their sixth, critically acclaimed full-length album and most concept-driven work to date.

The band will be embarking on an extensive tour of Europe in October and November supporting THE OCEAN on their upcoming album’s headline tour. On the occasion of this, we are re-issuing the preceding 2 albums on vinyl: 2013’s „The Anaesthete“ and 2015’s „Quintessential Ephemera“.

While the latter saw ROSETTA expand to a 5-piece and use melodic vocals for the first time, „The Anaesthete“ emphasizes the dark and dismal side of ROSETTA.

After concluding a decade-long partnership with Translation Loss Records in 2013, ROSETTA embraced their newfound independence in 2013 with this self-funded, pay-as-you-wish album – a great success, recouping costs in 24 hours and remaining the top-selling release on Bandcamp for nearly a month.

Informed as much by the minimal soundscapes of STARS OF THE LID as by the pulverizing weight of GODFLESH and drone / doom influences, ROSETTA‘s compositions have a spaced-out, exploratory feel, appropriately dubbed “metal for astronauts.” 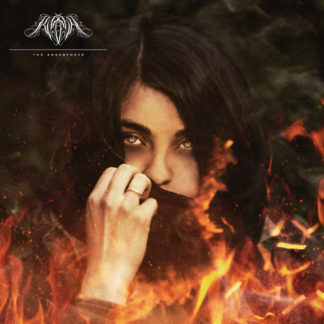