Big Dada proudly presents a deluxe edition of the best hip hop record of 2012 – Run the Jewels. Carefully created by Killer Mike and EL-P, there’s new artwork, a new colour vinyl LP+12” release as well as deluxe CD and download editions. Most importantly, the music is all new and all killer. There’s a brand new studio track, “Pew Pew Pew” featuring DJ Q-Bert, as well as a Dave Sitek remix of “Sea Legs” and a Blue Sky Black Death remix of “36” Chain.” The album instrumentals are available for the first time digitally, and there’s an exclusive new t-shirt and silk screened poster. Best of all, you can choose from a range of tailored bundles below, and get the formats best for you. Enjoy this amazing album, however you choose to do so.

El-P’s groundbreaking musical adventures began as one third of Company Flow, a group who paved the way for experimental hip-hop. The New Yorker also produced Cannibal Ox’s classic LP The Cold Vein, founded Def Jux – the label described by Pitchfork as “the Motown of indie hip-hop” – and has released a trio of brilliant solo albums. Outkast associate Killer Mike is a key figure in Atlanta’s fertile hip-hop scene. A guest on four Outkast albums including breakout single The Whole World and Bonecrusher’s Never Scared, his solo credits include the hit A.D.I.D.A.S. (All Day I Dream About Sex). Mike’s acclaimed 2012 opus R.A.P. Music was entirely produced by El-P, and Mike made a cameo appearance on El-P’s searing solo album Cancer 4 Cure, which dropped just two weeks later. The studio sessions for these initial salvos lead to a firm friendship and a mutual desire to form a stand-alone, classic-sounding rap group. Following the success of their Run The Jewels debut the duo have recently returned to the studio.. 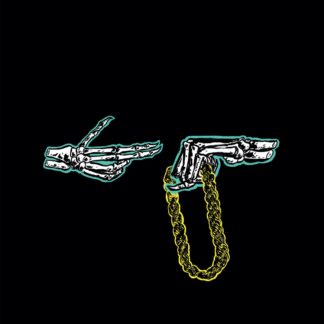