‘’In the darkness everything looks more romantic”
“Sto skotadi”/‘’in the darkness’’ is the third full-length album Selofan have released 2016 on Fabrika. It sold out almost immediately and became a sought-after rarity among the lovers of the dark synthetic sound. Meanwhile it is a classic of Fabrikas catalogue, containing some of their most emotionally powerfull dancefloor hits like “the wheels of love” and “sto skotadi”. The new pressing comes with a new artwork as a limited edition of 300 red and 200 black vinyls.
Once you put this record on, you feel like being grabbed by the hand and led through the darkest subterranean corridors to a sweaty nightclub. Romanticism and danger are in the air, a nihilistic vision of beauty. Claustrophobia, separation, pre paid feelings, leaving and letting go is what this record is about, making you want to cry and dance at the same time, mixing the most sentimental strings with punk bass lines, synthesized trumpets, the finest analog wave with circus sounds. The voice half-speaking, half-singing, expressing either the strongest emotion or the complete absence of it, tells a story or remembers a dream, powerful and tender. Again the sentiments are expressed in different languages, which is meanwhile a characteristic of the band, the B-side surprisingly this time completely in Greek. The whole instrumentation is live and all analog, recorded at their home studio in Athens and mastered by Chris “snake” Manolitsis, the man behind most of the memorable bands to emerge from the Greek new wave scene of the 80s. This record is a manifest of love! 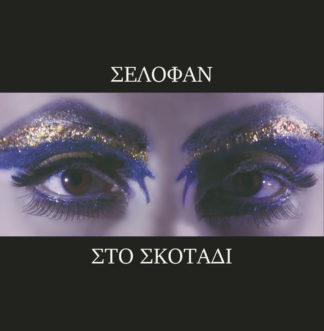