Freak Show is the second album by the popular Australian band Silverchair, which charted in different lists all over the world (US, UK, Australia, Canada and many more). After their debut Frogstomp they were fusing more elements together in their music. Freak Show contains a lot of strong hooks and the song writing skills increased. This post-grunge album is more versatile in comparison to their earlier work and it marks the beginning of the definitive band sound.

Silverchair were an Australian rock band formed in 1992, who have sold over 9 millions albums worldwide. Their sounds evolved during the years from the grunge and alternative rock to pop and art rock. In 2011 they announced their “indefinite hibernation” and it is still unknown if they ever going to return on stage. 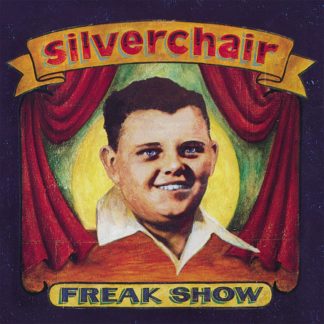