The Great Annihilator, originally released in 1995 and described at the time as “…a majestic symphony of haunting melodies and shifting moods” [SF Bay Guardian], will be released on double vinyl – the album’s first release on vinyl for decades – and as a 2CD set. Both the vinyl (in the form of a download code) and CD will feature Drainland, Michael Gira’s debut solo album recorded at the same time as The Great Annihilator.
« I have long been uneasy with the sound of the mastered version of The Great Annihilator (and it’s companion, contemporaneous  solo album, Drainland, included here in this new release). For whatever reason things drifted out of hand at the time, and there was never enough time or money to untangle the sonic knots created by the original unsatisfactory mastering that took place until now. It was with the utmost alacrity that I received the news recently from my friend Bill Rieflin that he had discovered the original (after much digging), unmastered mixes for both albums in his archives. We were able to proceed now with lovingly mastering both Great Annihilator and Drainland from these virgin sources, with our right hand mastering man Doug Henderson in Berlin, Germany. I have to say I’m rather pleased with the result. It’s one of those instances where it’s like hearing the thing for the first time again. I hope you enjoy the experience.

– Drainland is a 1995 obscure solo album by me, co-produced by the lovely Bill Rieflin and myself, with musical contributions from Bill and Jarboe. Mostly featuring spare arrangements, it was recorded in Bill’s living room. Some of this is pretty damn good. Some of it isn’t! In all modesty, I think the good outweighs the bad. It was recorded immediately after the recording of GA.  » – M. Gira 2017 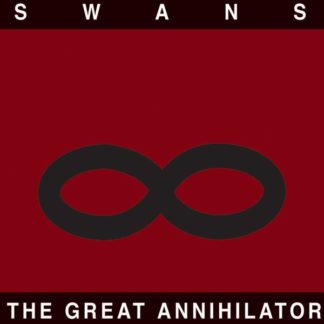