The Ocean have resurfaced with what could be their deepest and most trailblazing piece of work to date,Pelagial: a progressive musical journey, written, recorded, mixed and to-be-performed-live as one single 53- minutes piece of music. Mixed and mastered by Jens Bogren (Opeth, Katatonia, Witchcraft) at Fascination Street Studios in Örebrö, Sweden, Pelagial is set to be released on April 26th / 29th (Europe) & April 30th (North America / world) through Metal Blade Records.

The concept of the album is made evident in its title, Pelagial. Listeners will be further submersed as they journey with the band, beginning at the surface of the ocean and plunging through all five pelagic depth zones: epipelagic, mesopelagic, bathyalpelagic, abyssopelagic, and hadopelagic. In synch with diminishing light and increasing pressure as one dives or sinks deeper into the ocean, the album begins rather light and progressively gets heavier and slows as the band reaches the unfathomable depths of the hadopelagic zone, characterized by complete darkness and a thousandfold increased pressure as compared to surface level. What is amazing about Pelagial is that this is not some detached conceptual idea; this can actually be heard and felt while listening to the album. Pelagial is one continuous piece of music. The tracks, or episodes, are connected by interludes of underwater sounds and samples taken from old submarine movies, which give the album a claustrophobic “Das Boot”-kind of atmosphere. “There are track marks, and there are actual songs built into this larger structure, but the whole album is a journey rather than a number of loose tracks… some riffs appear in the first 2 minutes of the album and then reappear 30 minutes later”, comments Staps. It’s an experience that will reward repeated listens.

“My original plan was to write a stepless musical progression, like a continuous colour blending from white to black”, says Staps, “but I soon realized that it could not be that linear. It needed to stay interesting after all, and this is something that is usually best achieved by employing unforeseeable elements. In the end, any good idea must be put into perspective by its musical impact”. And so the listener will experience swirls and vertical currents while listening to the album; short, unexpected faster passages in between, sudden tempo changes that will make them feel like they’re rising again for a short bit – but the general direction remains very clear: “You can feel from the beginning, it’s going down. Deeper and deeper.”

This continuous downward movement is also reflected in the album’s sound: starting with a clean, produced “surface”-sound and progressing towards a more open, ambient, distorted and abrasive sound for the doomy depth-passages at the end of the album. To make that happen, Jens Bogren had to face the challenge of mix the album in one go, which resulted in the epic amount of 288 audio tracks!

Originally conceptualized as an instrumental album, Pelagial now comes in 2 different versions that will be released together: with vocals and instrumental. On vinyl, they are being released separately, each as a 2×10” in separate gatefold packaging, with related artwork by Seldon Hunt. This is the vocal version. 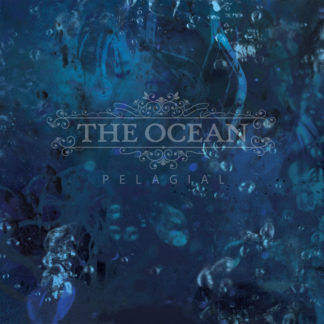