Therapy? are an alternative metal band from Northern Ireland. The band was formed in 1989 by guitarist-vocalist Andy Cairns and drummer-vocalist Fyfe Ewing. To complete the lineup, the band recruited bassist Michael McKeegan.

1994 saw the release of the commercially successful Troublegum album which earned the band appearances at a string of rock and indie festivals, including Reading, Donington and Phoenix in the UK alone, as well as a clutch of top 40 singles. It achieved a string of nominations in end-of-year polls, including a Mercury Music Prize nomination, and success at the Kerrang! Awards.

The album has a melodically dark, metal-like sound. Troublegum is generally considered to be Therapy? at their musical and commercial peak and has since sold over one million copies worldwide. 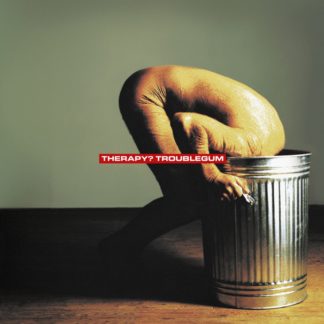