By most bands’ fifth LP, the sound is pretty set. Parameters established. Refinement dissipated in favor of formulaic execution of what’s worked in the past. Fair enough. All Them Witches take a harder route.

After exploring new ground on 2013’s Lightning At The Door and 2012’s Our Mother Electricity as well as Dying Surfer, with Sleeping the band had arrived at something new, something sprawling, and grander-feeling than anything before it.

So naturally, in a year’s time they’ve thrown that all to the Appalachian wind, turned the process completely on its head and reversed paths: recording in a cabin in Kingston Springs, about 20 miles outside of Nashville on I-40, with guitarist Ben McLeod at the helm. Take that, expectation.

The result, mixed by Rob Schnapf (Beck, Elliott Smith, Kurt Vile), is the most intimate, human-sounding album All Them Witches have ever recorded and another redefinition of the band. Introducing keyboardist/percussionist Jonathan Draper to the fold with McLeod, bassist/vocalist Charles Michael Parks, Jr., and drummer/graphic artist Robby Staebler, the new eponymous record isn’t self-titled by mistake. It’s the band confirming and continuing to develop their approach, in the shuffle of “Fishbelly 86 Onions,” the organ-laced groove of “Half-Tongue,” the tense build of “HJTC” and the fluid jam in closer “Rob’s Dream.”

It’s a reaction to being a “bigger” band. To playing bigger shows, bigger tours, etc. From the sustained consonants in Parks’ vocals to McLeod’s commanding slide in “Workhorse” and drifting melancholy at the outset of “Harvest Feast,” All Them Witches is there laying claim to the essential facets of their identity. And the urgency of these tracks – fast pushers and sleepy jams alike – is among their greatest strengths.

It’s a rawer delivery, as stage-ready as the band itself, and as ever, it captures All Them Witches in this moment. Is it who they’ll be tomorrow? Who the hell knows? Check back in and we’ll all find out together. That’s the whole idea.

ALL THEM WITCHES related 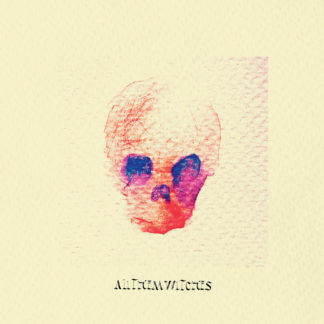