Seattle funeral/death doom duo BELL WITCH (comprised only of bass, drums, and vocals) made a massive impact in the doom metal scene with their debut album “Longing” (which followed their cult demo that had already generated buzz for the band) which was hailed as one of 2012’s best doom metal releases, even though it was released late in the year, in Nov of said year. With the momentum for the band carrying on, the duo would tour extensively (in North America and Europe) in support of “Longing”, continuing to build more awareness in the scene.

Their anticipated new album, “Four Phantoms” (which was recorded and engineered by the legendary and respected Billy Anderson; Agalloch, Pallbearer, Leviathan, Neurosis, Red House Painters etc.) is BELL WITCH’s most crushing and most moving work yet. With a more honed focus on song structure and more intricate composition, all while taking their sound even further in the soul crushing heaviness realm, “Four Phantoms” (which once again features a guest lead vocal appearance by Aerial Ruin sole mastermind Erik Moggridge on the “Somniloquy” track) is a doom metal triumph for the ages, an album that will go down as one of doom metal’s most triumphant moments of the year with a milestone that no other band in the genre can parallel.

Recorded, engineered, and mixed by Billy Anderson at Type Foundry and Everything HZ.
Mastered by Brad Boatright at Audiosiege. 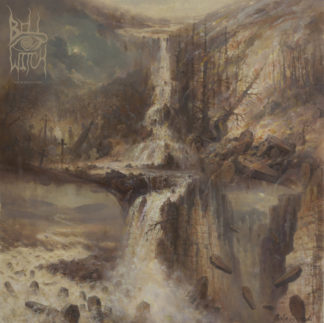