Blacklisters formed in 2008, quickly earning a reputation as a formidable live act through aggressive, confrontational performances riddled with dark humour, and drawing comparisons to The Jesus Lizard and Pissed Jeans.

In 2009 they released the Swords 7”, on Best Enemies Records, and in 2010 the Belt Party EP on Childhood Sweetheart Records. Their reputation continued to grow as they toured with the likes of Kong and Pulled Apart by Horses and played incendiary sets at the Leeds and Reading Festivals.

Their debut album BLKLSTRS was released in 2012 on the now defunct Leeds label Brew Records, resulting in praise from the likes of Kerrang, NME, Rock Sound, The Quietus, Loud & Quiet, Artrocker, Rock A Rolla and Drowned in Sound, as well as an invitation to record a live session at Maida Vale studios for the Radio 1 Rock Show.

Adult, their second album, was released in 2015 on the Small Town America label in the UK and on the A Tant Rêver Du Roi label in Europe. The album demonstrated a growing confidence in their song writing and performance, from abstract art-noise to the unrelenting, brutally minimalist riffs that first put them on the radar.

Blacklisters have headlined tours in the UK and Europe, and toured with the likes of Scratch Acid, Pig Destroyer, Future of the Left, Big Business and Flipper.

Blacklisters returned to Greenmount Studios in 2019 to record their third album, Fantastic Man. The new album strips back the band’s sound and song structures to mirror their ferocious energy as a live band. It was recorded live, in one room, in one day. With the rough edges exposed, and the years of touring and playing together apparent, Blacklisters have created an exhilarating, unapologetic album that pushes their strengths to the fore. They have achieved what they set out to do, to make an album that was two things: simple and massive.

The album will be released on vinyl on the 28th of August 2020 via Buzzhowl in the UK and A Tant Rêver Du Roi in Europe.

« If you like a grin lying underneath (or at times, over) your good kicking, then Blacklisters may just be the band for you. On the other hand, possibly not. Good luck in all future endeavours.” – Andrew
Falkous, Future of the Left

“Blacklisters are one of my favourite bands out now, from the rhythmic punch of the drums and the thumping bass lines, to the snaking sinewy guitar lines. Add the frenetic vocal styling and you have a recipe for perfection.” – Blake Harrison, Pig Destroyer

“Buried beneath the noise and feedback is a tightly coiled sense of dynamics, punctuated by angular shards of guitar…splendidly fucked up” – Kerrang! 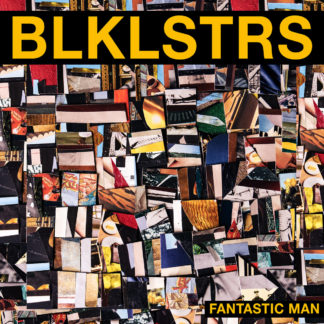