CORROSION OF CONFORMITY No Cross No Crown – Vinyl 2xLP (black)

CORROSION OF CONFORMITY No Cross No Crown – Vinyl 2xLP (black)

Ladies and gentlemen, the long wait is over. CORROSION OF CONFORMITY have returned with »No Cross No Crown« – an album that somehow sounds as though no time has passed between 2005’s »In The Arms Of God« and today. Some of these new jams sound like could’ve easily been on »Wiseblood« or »Deliverance,« two of C.O.C.’s most revered records. “Yeah, that was kind of intentional,” Keenan nods. “We weren’t trying to manipulate it to sound like other records, but that type of songwriting is what we do. It was important that we made an album – I didn’t want to write ten or twelve songs in the same key with the same guitar tone or some shit. We took each song on its own and tracked ’em completely individually.”

»No Cross No Crown« stands as irrefutable proof of C.O.C.’s ability to overcome. “C.O.C. and the prior records I’ve done with them didn’t just go away,” Keenan observes. “It’s an honor to be back out there and have an opportunity to do it again in a real way and not some washed-up reunion thing. Even before we wrote the record, we were out there for a year seeing there was a demand for it and that there was a void that we could fill. That’s been C.O.C.’s deal from day one. We’re not chasing anybody around. We’re not gonna worry about what the new trends are. C.O.C. is C.O.C.” 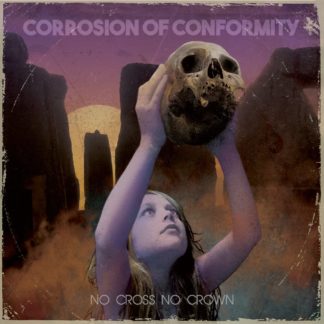