The same could be said of the journey these four musicians underwent to get to their third full-length album, Deceiver. Out of lies, fractured friendships, and broken promises, clarity would be found.

“I’ve known everyone in the band for ten years plus separately and together as DIIV for at least the past five years,” says Cole. “On Deceiver, I’m talking about working for the relationships in my life, repairing them, and accepting responsibility for the places I’ve failed them. I had to re-approach the band. It wasn’t restarting from a clean slate, but it was a new beginning. It took time—as it did with everybody else in my life—but we all grew together and learned how to communicate and collaborate.”

A whirlwind brought DIIV there.

Amidst turmoil, the group delivered the critical and fan favorite Is the Is Are in 2016 following 2012’s Oshin. Praise came from The Guardian, Spin, and more. NME ranked it in the Top 10 among the “Albums of the Year.” Pitchfork’s audience voted Is the Is Are one of the “Top 50 Albums of 2016” as the outlet dubbed it, “gorgeous.”

In the aftermath of Cole’s personal struggles, he “finally accepted what it means to go through treatment and committed,” emerging with a renewed focus and perspective. Getting back together with the band in Los Angeles would result in a series of firsts. This would be the first time DIIV conceived a record as a band with Colin bringing in demos, writing alongside Cole, and the entire band arranging every tune.

“Cole and I approached writing vocal melodies the same way the band approached the instrumentals,” says Colin. “We threw ideas at the wall for months on end, slowly making sense of everything. It was a constant conversation about the parts we liked best versus which of them served the album best.”

Another first, DIIV lived with the songs on the road. During a 2018 tour with Deafheaven, they performed eight untitled brand-new compositions as the bulk of the set. The tunes also progressed as the players did.

“We went from playing these songs in the rehearsal space to performing them live at shows, figuring them out in real-time in front of hundreds of people, and approaching them from a broader range of reference points,” he goes on. “We’d never done that before. We got to internalize how everything worked on stage. We did all of the trimming before we went to the studio. It was an exercise in simplifying what makes a song. We really learned how to listen, write, and work as a band.”

The vibe got heavier under influences ranging from Unwound and Elliot Smith to True Widow and Neurosis. They also enlisted producer Sonny Diperri [My Bloody Valentine, Nine Inch Nails, Protomartyr]. his presence dramatically expanded the sonic palette, making it richer and fuller than ever before. It marks a major step forward for DIIV.

“He brought a lot of common sense and discipline to our process,” adds Cole. “We’d been touring these songs and playing them for a while, so he was able to encourage us to make decisions and own them.”

The first single “Skin Game” charges forward with frenetic drums, layered vocals and clean, driven guitars that ricochet off each other.

“I’d say it’s an imaginary dialogue between two characters, which could either be myself or people I know,” he says. “I spent six months in several different rehab facilities at the beginning of 2017. I was living with other addicts. Being a recovering addict myself, there are a lot of questions like, ‘Who are we? What is this disease?’ Our last record was about recovery in general, but I truthfully didn’t buy in. I decided to live in my disease instead. ‘Skin Game’ looks at where the pain comes from. I’m looking at the personal, physical, emotional, and broader political experiences feeding into the cycle of addiction for millions of us.”

A trudging groove and wailing guitar punctuate a lulling apology on the magnetically melancholic “Taker.” According to Cole, it’s “about taking responsibility for your lies, their consequences, and the entire experience.” Meanwhile, the ominous bass line and crawling beat of “Blankenship” devolve into schizophrenic string bends as the vitriolic lyrics. Offering a dynamic denouement, the seven-minute “Acheron” flows through a hulking beat guided under gusts of lyrical fretwork and a distorted heavy apotheosis.

Even after the final strains of distortion ring out on Deceiver, these four musicians will continue to evolve. “We’re still going,” Cole leaves off. “Hopefully we’ll be doing this for a long time.”

Ultimately, DIIV’s rebirth is a hard-earned and well-deserved new beginning. 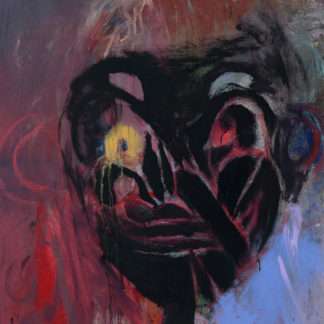