Goblin, Dario Argento, Suspiria. Never as in this case any possible noun or adjective is superfluous, in an effort to describe with words what can be simply addressed to, in the end, with just a single essential term: MASTERPIECE. Even more than with the previous “Profondo Rosso” (1975), it is with “Suspiria” (1977) that the legendary bound between the Argento and Goblin reached its peak, to a level that has never been reached before to date.

Four decades have passed, a considerable age that “Suspiria”, however, does not show at all: the film, recently restored in 4K, is still a prodigy of cinematic technique and genius, and its soundtrack… only for that, an encyclopedia wouldn’t be enough to describe the richness of the sounds, the thickness, the majesty, the impressive sound impact that still today sends shivers down the listener’s spine! 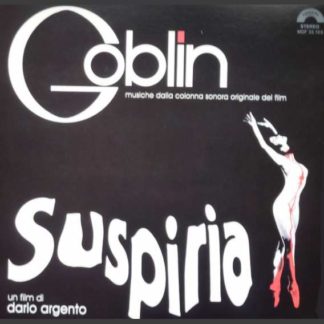